Northern Chinese resident Jian Feng divorced and sued his wife for $120,000 and won! The story goes that Mr. Feng was deeply in love with his beautiful wife until they had a baby girl. 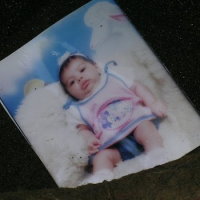 As it turns out, his wife didn’t cheat, but did gloss over the fact that she had spent $100,000 on intense plastic surgery to severely change how she looked before she met him. It’s the kind of thing that can slip your mind on the first date. After his wife revealed this to him, Feng took the only right-minded course of action and divorced and sued her, claiming that she got him to marry her under false pretences. The false pretence presumably being that she was good looking. Incredibly, the (presumably male) judge sympathised with Feng and he won $120,000 in the case.

He won the amount he requested, $120,000 while his now divorced wife had spent $100,000 on extensive plastic surgeries by apparently very gifted South Korean surgeons.