A statue of Jesus Christ that its builders say will be the largest in the world is fast rising from a Polish cabbage field and local officials hope it will become a beacon for tourists. 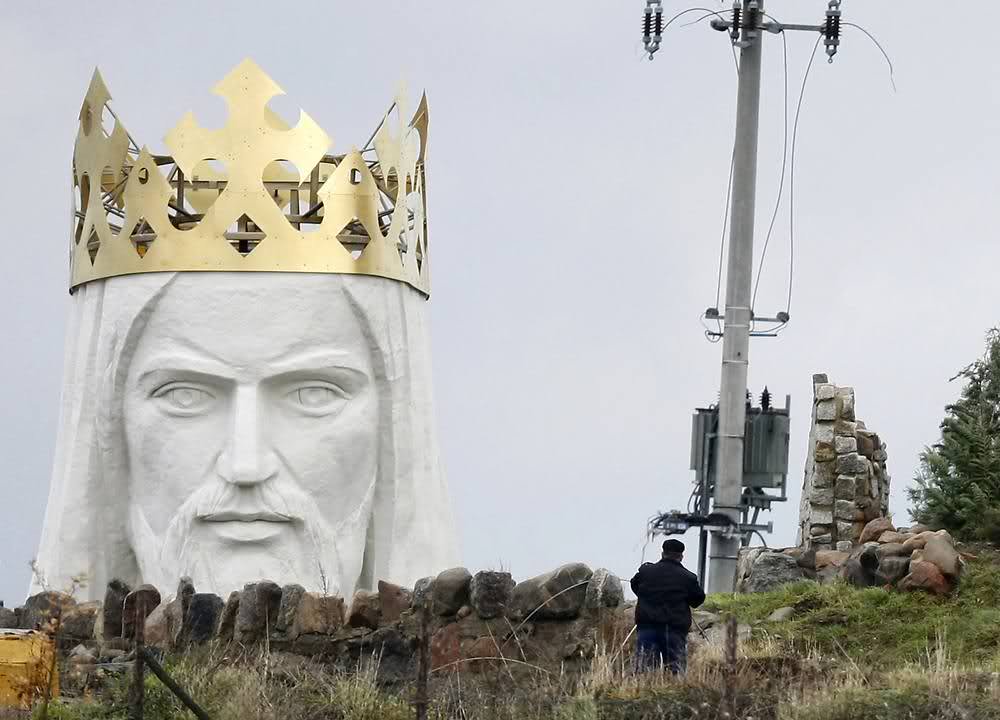 The builders expect to attach the arms, head and crown to the robed torso in coming days, weather and cranes permitting, completing a project conceived by local Catholic priest Sylwester Zawadzki and paid for by private donations.

Standing on an artificial mound, the plaster and fibre glass statue will stand some 52 metres (57 yards) when completed, taller than the famous statue of Christ the Redeemer with outstretched arms that gazes over Rio de Janeiro in Brazil, Polish officials say.

The actual statue will measure 33 metres — Zawadzki has said this reflects the fact that Jesus died at 33, according to Christian tradition — and weigh 440 tonnes.

“I’m happy because this project will bring publicity to our town, not only in Poland but also from the global media. Other countries are showing a lot of interest,” said Dariusz Bekisz, mayor of Swiebodzin, a town of about 21,000 people in western Poland some 100 km (60 miles) from the German border.

“More people will visit Swiebodzin and leave their money. Some will come for spiritual reasons, others out of curiosity,” he said, adding no public money had been used in the project.

“The priest, Father Zawadzki, is a man of action who always, throughout his life, has built and created… In the future we’re going to have to think about bringing the carnival to Swiebodzin too, just as in Rio,” he joked.

Zawadzki is avoiding media for the time-being and Polish church leaders could not immediately be reached for comment. But the editor of Poland’s Catholic Information Agency (KAI) sounded a sceptical note.

“Everybody has a right to do what they want. Swiebodzin’s Jesus project doesn’t touch my religious sensitivity. These kinds of monuments don’t have much to do with spirituality,” editor Tomasz Krolak said.

“People should think more about building within themselves rather than making big monuments.”

Others thought the money could have been put to better use.

“There are far more important aims to which we could put the money — sick children, for example, orphanages, old people. Do we really have to build a big Jesus statue to make people believe,” said Mieczyslawa Hundert.

Poland remains one of the most religiously observant countries in Europe and its churches are regularly packed on Sundays, especially in the countryside and smaller towns. (Writing by Gareth Jones, editing by Paul Casciato)