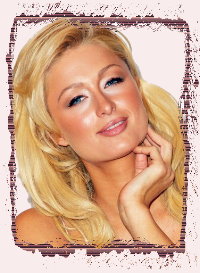 It seems that Paris Hilton won a fight, but not yet the war. It’s a bit late though, as everybody has the videos now.

The belongings reportedly include shocking photos and tapes, including evidence of drug use and graphic sex. There is also highly sensitive medical information.

ParisExposed.com, the website that released the videos on the internet for a $39.95 single fee generated a huge buzz on the internet and in only 2 weeks since its launched it was temporarily shut down. Bardia Persa, the owner, needs to explain his side of the story to the court soon.

”
The 3rd U.S. District Court in Los Angeles ruled today that parisexposed.com, the unauthorized Web site created by Bardia Persa two weeks ago, is to be shut down temporarily.

The judge handling the case issued a temporary restraining order and Persa has been ordered to appear February 16 to explain his side of the story and why Hilton’s items are in his possession and on the Internet.

Further the judge handling the case ruled that Hilton’s belongings, which a moving truck originally transported from her mansion in L.A. to a storage facility in Studio City before finding their way to Persa, were not to be distributed.

Persa, according to court documents, is not allowed to temporarily sell any of Hilton’s health, Social Security, personal or financial information or “photographs, videos and writings depicting [Plaintiff] in a sexual manner not previously exposed to public viewing.”

The storage facility sold Hilton’s belongings at a foreclosure auction to a third-party for $2,775. This came after the moving company contracted to pay for Hilton’s items while the star was out of the country failed to pay the $208 bill for the storage unit.

Then a third-party sold the items to Persa for $10 million, who later created parisexposed.com, the unauthorized Web site offering a one-time $39.95 subscription fee to readers and containing the items from that storage facility.

During the two weeks in which parisexposed.com was on the Internet, the Web site was among the most popular.
”