What sort of driver are you if you leave your car on the railway just because your satellite navigation device doesn’t tell you that there’s a railway there ? 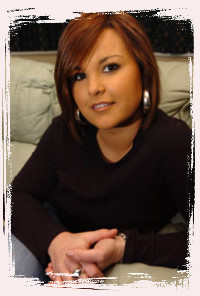 A 20-year-old student’s car was wrecked by a train after she followed her sat nav system onto a railway track.

Paula Ceely, was driving her Renault Clio from Redditch, Worcestershire, to see her boyfriend at his parents’ home in Carmarthenshire for the first time.

She was trying to cross the line in the dark when she heard a train horn, realised she was on the track, and the train smashed into the car.

“I put my complete trust in the sat nav and it led me right into the path of a speeding train,” she said.

“The crossing wasn’t shown on the sat nav, there were no signs at all and it wasn’t lit up to warn of an oncoming train.

“Obviously I had never done the journey before so I was using the sat nav – completely dependent on it,” she said.

“I came to this crossing at Ffynongain and there was like a metal gate, which looked like just a normal farmers’ gate with a red circle on it

“I thought it was a dead end at first and then there was a little sign saying, if the light is green, open the gates and drive through.

“So I opened the gate, drove forward, closed the gate behind me and then went to go and open the gate in front of me.

“Then I heard this train and I noticed train tracks. It was only then that I did realise I was on a train crossing.

“I just stood back and I just watched this train come in front of me.

“I could feel the air just pass me and then my car just did a 360 degree turn on the tracks and was knocked to the other side.”

She said her initial thought when she heard the horn had been to get into her car and move it.

“It was so quick that if I had done that, I would have been in the car when it was hit,” she said.

Ms Ceely said she had been “really lucky”.